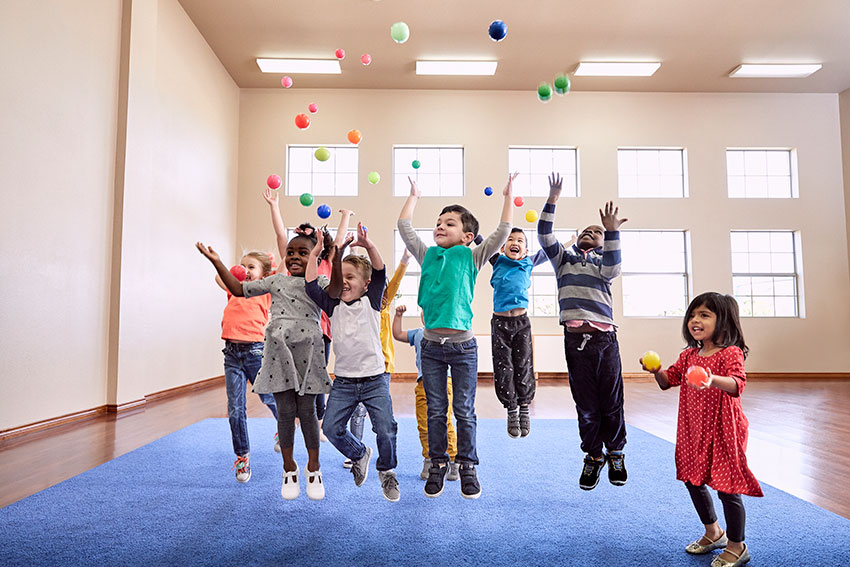 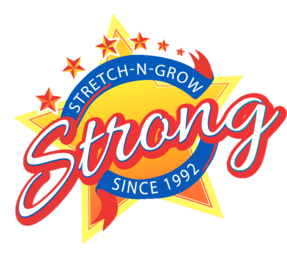 Stretch-n-Grow was conceived in January of 1992 by Jill and Bob Manly in Galveston, Texas. Their plan was to conduct classes on a local level only. Their home town provided a limited market base of approximately 30 child care facilities. By September, classes were being conducted in eleven of those schools. Parents paid $3 to $5 per class, resulting in a weekly income around $750. (Over the years, our pricing structure has changed; most centers pay a flat rate that varies by market, allowing all their children to participate.)

Excitement over what we were doing resulted in requests from several people in other cities for more information. The success prompted a trial advertising program which launched the Stretch-n-Grow Affiliate Ownership Program. Within one year, our expansion reached several major U.S. markets; and in June 1993, Stretch-n-Grow became an “international influence” as we entered the Canadian market.

The simple concept of providing a comprehensive fitness program at an early, impressionable age grew quickly into an impressive network of dedicated, talented people with the common goal of building a successful organization that has a positive impact on the health and fitness of young children worldwide.

Stretch-n-Grow is a family and faith based company. Jill’s daughter Amanda Cannon-Hollowell joined the company shortly after the birth of Jill and Bob’s daughter Megan in July 1992. Amanda currently serves as Director of Affiliate Relations and Operations. Joining us in December of 2002 as Director of Sales, Bob’s daughter Caryn Burnier helped build much of our strong Affiliate base. Megan graduated from the University of South Florida in 2016 and then joined the team. She currently manages her own Stretch-n-Grow in St. Petersburg, FL and assists Corporate with special projects.

And here is the “happy ending” to this story: there are now millions of Stretch-n-Grow “Stars” across the United States and around the world learning to enjoy a healthy lifestyle while building a foundation of fitness and well-being!

JUST SOME OF THE BENEFITS OF BECOMING AN AFFILIATE... A recession-resistant $18 billion industry; low investment and overhead with high profits; a 27-year track record of growth and affiliate support; and knowing you are changing lives when you hear the children shout "hooray" when you get to work each day!

"Teach children the right way to live, and they will remember it for the rest of their lives." – Proverbs 22:6